I will be posting my own songs from time to time for you to listen to.

The October Song (a song for Brexit) – adapted in April 2019 from The September Song written by Kurt Weill and Maxwell Anderson in 1936.

A new Christmas song – written and recorded in December 2018

Recorded in November 1972 in the University College, London theatre, this song was on an EP on the Abrodisiac label. Here is the line-up:
Graham Hughes – lead vocal
Roger Burdock – lead guitar
Peter Brodie – 12-string and vocal harmony

I apologise for distortion but please persevere and have a listen:

I wrote Summer Breeze song in 1977. Here are a couple of covers:

This is Janet Feld’s version of Summer Breeze

And this is Cat and the Gang singing Summer Breeze – recorded at a studio in Shoreditch, London, UK 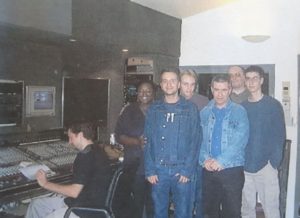 Cat and the Gang

… and here is my recording of Summer Breeze

When The Time Is Right

Here is a cover, recorded in 2018, by Adrian who has multitracked all parts himself. Who agrees with me that he sounds like Billy J Kramer (and the Dakotas)?

The Afternoons Are Cold Round Georgian Bay

This video was made for me by a company in Montreal, Canada.

The Things I Need