I started writing in 1963 with a song called ‘When The Time Is Right’. I performed it that year with the band I was in, ‘The Midnight Three’, at a summer camp in front of 400 screaming youngsters.

In 1971, I released an LP under my own label Abrodisiac Records, with 12 of my songs. The album name was ‘The Open Brode’, a play on words around my nickname at the time and the title track, ‘The Open Road’. It was recorded at the University College, London (UCL) Film Society studio. 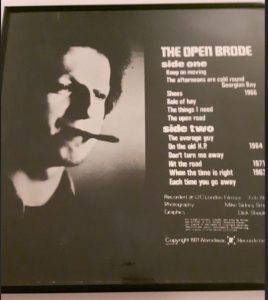 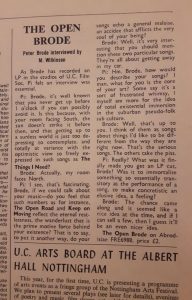 In 1972, Abrodisiac Records released an EP (2 tracks on each side), made together with friends, featuring two of my songs and two other songs. 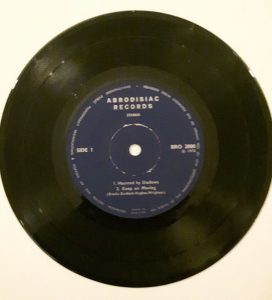 There have been a handful of covers of my songs over the years. This is the best. It was recorded by Janet Feld, a talented singer-songwriter in the Boston area, USA.

This cover was played on various radio stations as part of a successful fundraiser for disabled sailing. A CD of my songs 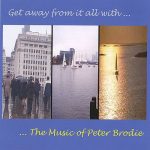 , including ‘Summer Breeze’ was at the heart of the fundraiser which received widespread support, including from well-known radio presenter Randall Lee Rose who recorded this message: